Anti-radiation products for cellphones: are they effective?

With the creation of the cell phone and all the doubts about the harmful effects caused by its radiation, some products with the title of “anti-radiation” have entered the market and claim to be able to counteract it. Today, we will tell you more about them. 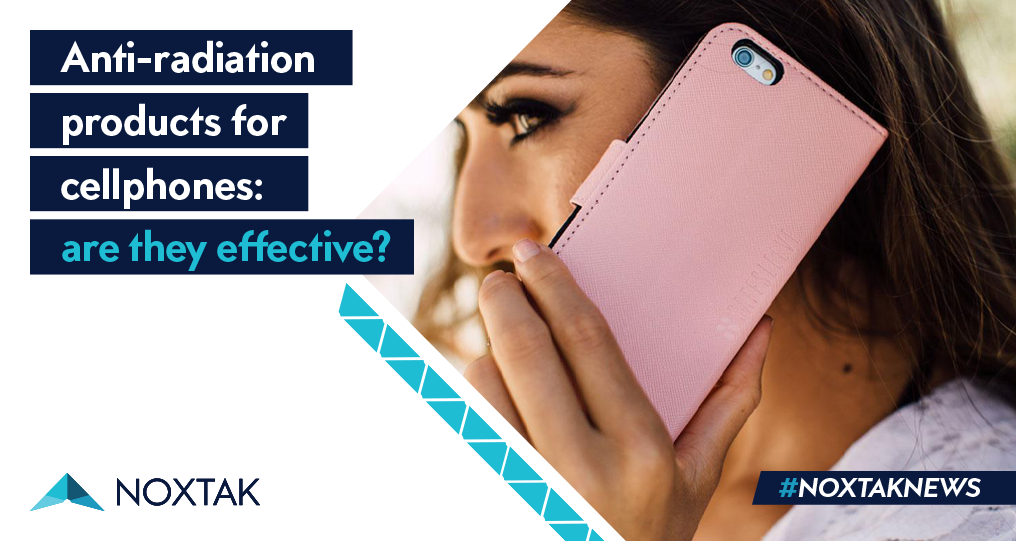 The problem of electromagnetic pollution, although it is not new, is very little known by most people. However, a vast majority of people who have heard about it may feel the urgency to protect themselves and look for solutions, and today the market abounds with options that claim to be effective.

These solutions are mostly directed to mobile phones. Today, these popular devices are widely used, but since their creation, there have been doubts and concerns about the radiation they emit and its possible effects on health.

Nowadays, you will find products such as stickers or cases for smartphones on the internet and in many places. The creators of these products claim that they block electromagnetic radiation, but we have news for you: Most of the time, this is not even remotely true.

Of all these “anti-radiation” products that you see on the market, 90% have no scientific basis, so it has been proven that they are fraudulent and have no function other than aesthetics. However, there are another 10% of products that are made with materials capable of blocking radiation, but they have quite questionable effects. Today, we will especially talk about this 10%.

As it reads, an anti-radiation product is (or is intended to be) a shield that radically blocks radiation. While the purpose is to protect yourself from electromagnetic pollution, the approach of completely blocking it is not appropriate.

“Why?”, you might wonder. The answer is that the blocking will always be partial and, therefore, there will always be a harmful emission coming out of the device. This is dangerous because users have a false assurance of using the device without risk. People with Electromagnetic Hypersensitivity (EHS) admit that they cannot use these solutions because they continue to be exposed to the harmful radiation that the phone is still emitting.

The cell phone indeed generates radiation that is necessary to and for its operation. The truth is that the radiation generated by the cell phone is a normal consequence of the operation of the device per se, first by the battery that powers it, then by the microwaves that allow it to connect to the different signals it uses to establish communication. Although today there are standards that regulate it, as we will see later, these maximum limits, according to various studies, have shown to be very permissible and there are still long-term cumulative effects.

It was for this reason that for 20 years the market was flooded with anti-radiation solutions, such as possible shields to block this radiation completely, and even some of these solutions claim to block up to 99 or 100% of the radiation. Can this be true? Logically thinking, it’s not possible. If a product were to radically and completely block cell phone radiation, there would be no possible way for the device to work, as it would not receive the signal correctly and thus would no longer serve its purpose.

The anti-radiation covers that you will find on the market are made of a material that, indeed, blocks the waves. But this generates:

However, even with all these difficulties, the device works. So the total blockage they promise is a myth.

All phones have average radiation that they emit and have higher peaks when the phone has difficulties connecting to the network. This peak is the one that is established as the maximum emission level of the device and is the one taken as a reference so that the phone can be commercialized.

The SAR is the test used internationally and by the FCC (Federal Communications Commission) in the United States to approve a certain device for its proper commercialization. The maximum SAR that a telephone can emit is 1.6 W / Kg. Average cell phones, such as iPhone, Samsung, among others, have variable average emissions which peaks should not exceed such value.

This level, considered to be the “safe level” for the use of the device, has been found to increase alarmingly when using anti-radiation covers. What happens is that, by completely blocking the waves on one side of the device, these covers cause your cell phone to work harder to find a signal, which will end up producing greater amounts of radiation that will definitely affect you.

“In telecommunications laboratories, it is known that these anti-radiation covers end up increasing the SAR emission level of the phone alarmingly because it makes the phone work harder to connect, which is not ideal. On the internet, on the channels and portals of the manufacturers of these products, you can see that these products are offered and tested using meters and they show how, in effect, the covers block radiation; But what is not seen is how the radiation flux changes where the meter is not directed. This creates false security for the user, who thinks that will not be exposed to radiation, when not only is he exposed, but he is receiving much greater amounts ”, says Joaquín Machado, CEO of Noxtak and EMF researcher.

Likewise, the Spanish expert in Geobiology and habitat radiation, Joan Carles López Sancho, stated in an interview with gigahertz.es that this protection does not meet expectations and does not reduce the electromagnetic pollution emitted by the device to practically nothing. The researcher says that “these covers are lined inside with a tiny fabric of silver or copper wire, which what it does is undo the radioelectric wave, and if we enclose the entire mobile phone with this material it will not emit a signal, and which is more dangerous, if we obstruct the development of the call, the device would emit more power to make the call ”.

It is important to note that some of these cases also accumulate static, which ends up causing physical discomfort to users in the areas close to where they have the phone.

Finally, you will also find covers whose design is focused on absorbing heat, completely ignoring that the problem is not heating, but the athermic effects of radiation, such as the artificial polarization of the wave.

Regarding the protection of the body, another myth that surrounds these products is that they claim to protect certain parts of the body in a localized way, such as the head, torso, etc. Is this possible? Let’s better explain it with a simple example: Think of a typical umbrella in the middle of a storm. You don’t mind getting wet, but all the dirty water you could get. You are using the umbrella, and although it is preventing the dirty water from falling on some parts of your body, you keep getting soaked on other parts; so you get dirty anyway.

In our years of experience, we have dedicated ourselves to researching and testing endless solutions on the market. Anti-radiation solutions were some of them, and in multiple case studies, we verified their adverse effects. However, it was these solutions that inspired us to continue researching to create a solution that would avoid the adverse effects of electromagnetic pollution while allowing users to continue to enjoy the technologies.

Thus was born SPIRO, the only scientifically proven and certified solution for electrosmog. This technology works under a passive electromagnetic filter principle; so instead of blocking waves, it balances charges, eliminates interference, and produces a uniform and stable propagation that mimics natural electromagnetic fields.

SPIRO is the solution designed to filter the artificial electromagnetic polarization that brings the modulated wave that transmits the information between the base and the cell phone. It is the only way to use your phone while protecting yourself from the athermic effects of artificial polarization. The filtering effect is achieved because SPIRO brings in a naturally polarized dominant field that exerts a dominant influence on artificial fields. That is why our hundreds of cases of electromagnetically hypersensitive users acknowledge being able to use the cell phone without any discomfort.

Again, let’s think about the umbrella. Think that instead of using an umbrella, you are using a filter. The water falling on you is clean, you are immersed, you are enjoying it, and it is not hurting you at all.

Our solution is compatible with all types of technology and not only protects the health and the environment, but has also proven to be effective in optimizing communication performance, connectivity, energy savings, and, besides, it extends the useful life of electronic devices.

We invite you to learn more about SPIRO by browsing through our portal and checking all the solutions we have created based on our patented technology.