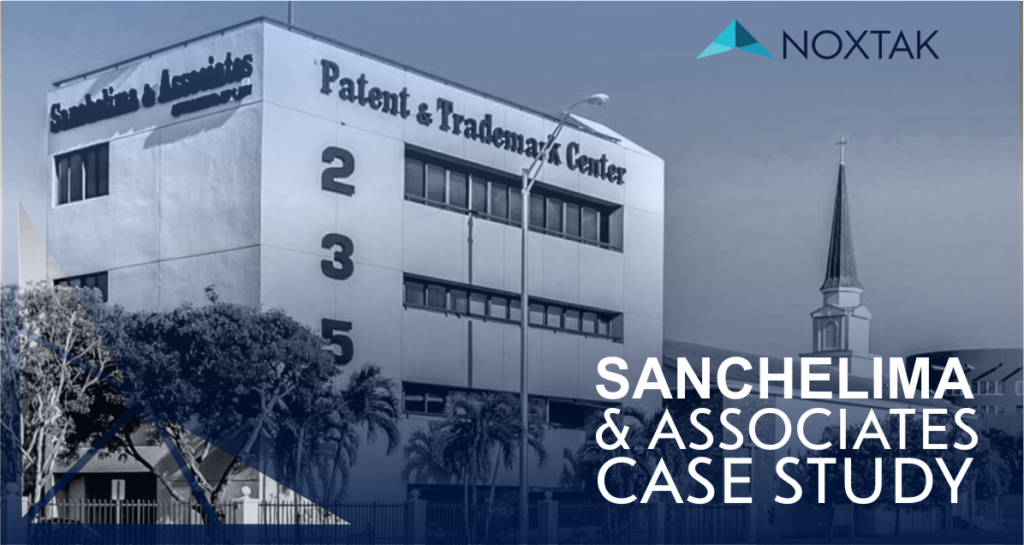 Through our years of experience, we have had the opportunity to advise and apply our experience to help not only individuals but large companies. Today, in this case study, we want to tell you how we helped this Miami law firm.

It is the headquarters of Sanchelima & Associates, PA, located in the city of Miami at 235 S Le Jeune Rd, a law firm that has been operating in the city since 1977 and is currently recognized as one of the leading firms in intellectual property in South Florida.

In the case of this firm, its facilities are made up of a four-floor building for exclusive use and are designed to house a dozen workers per floor. Due to the nature of their work, there are many computers, telephones, routers, and high-tech conference systems. For this reason, the building has a large number of electrical and telecommunications installations that generate more than one polluting element.

In May of 2019, the NOXTAK EMF technical and analyst team moved to these facilities to map the project and start the case study with the usual Before / After protocol. We did our first overall assessment and measurement of dirty electricity, high-frequency emissions, coverage, intensity, and propagation of the WiFi signal on site, determining the average pollution levels, the number of Stroom Masters, and the measures required to fix electromagnetic pollution (EMF Pollution).

The purpose was to install this solution, monitor for 3 months the reduction of dirty electricity, and check the effects of the Spiro 3 power, incorporated inside each Stroom Master, on high-frequency signals. Here we determined the effectiveness of the application of our technology in a project where only (and exclusively) Stroom Master dirty electricity filters were used.

This case study was monitored and completed in September of last year (2019). Below, we show you more about our measurements, applications, and results in this particular case.

The evaluated office has a total of 2,400 feet per floor. Our team analyzed floors 2 and 4, as floor 3 was empty at the time. Measurements were made on both floors to obtain different indicators of electrosmog:

An office map was created and the location of all electrical connection points on each floor was marked. Dirty electricity measurements were taken and recorded using an EMI meter at each outlet.

After identifying the outlets and power lines with the worst values (the highest), 24 STROOM MASTER devices were distributed every 190 feet. These were intended to eliminate noise in the electrical wiring and, therefore, the harmful effects on the health of those who work there.

In the final evaluation of the case study, it was found that the application of the Stroom Master filters had effectively cleaned the electrical system of the building. The data collected by the technical team showed that average values were obtained below the recommended 100 mV, registering a neutralization of 100% of dirty electricity due to an 87% decrease in the values of transistors and harmonics above 60 Hz and below 10 MHz, which is considered as the biologically active window where EMF pollution has a high impact on health.

High Frequencies: Power Density and WiFi signal optimization, a plus

For this variable, let’s remember that the devices installed are Stroom Masters, which are dirty electricity filters that are not expected to solve in any way high-frequency contaminating elements. Still, the NOXTAK technical team wanted to determine the extent to which the SPIRO 3 power possessed an obvious natural polarization effect and, thus, an improvement in WiFi connectivity.

To determine this, the worst offenders in each area were identified and documented. 3 months after the installation of the NOXTAK devices, our team found that there was a positive incidence and polarization in the signals of high frequency, and even though the average power flux-density values remained the same (as expected), the signals had been naturally polarized by SPIRO. In other words, analyzing the behavior of the building’s WiFi network, we proved that there was a significant change in the pattern of radiation propagation.

Likewise, using an advanced data collection and display tool, we collected detailed information about the Wi-Fi network. These data allowed us to generate a comparison between the Wi-Fi network on the second and fourth floors before and after the installation of all Stroom Masters with SPIRO technology. So, the signal level, referring to the transmitter output power received by a reference antenna at a distance from the transmitting antenna, was analyzed this way.

For this test, the range levels were defined as:

In both cases, the average levels are -40dB. With the use of these devices, the average levels were the same and it was the distribution of the signal what changed. As expected, SPIRO did not produce a variation or block in the average power of the received signal, but it redistributed and extended the maximum power points. This is a distinctive element of the natural polarization and neutralization of Electrosmog, typical of our SPIRO technology.

From this analysis, it was then possible to conclude that the WiFi network was optimized and cleaned of the harmful emission without the need to block it. Also, the graphics of the software used for the analysis showed a uniform distribution of it and an amplification of the network, which started to reach areas that, before the application of the Stroom Master, were not covered due to electromagnetic disturbances or Electrosmog.

It is the speed with which data is transmitted from an access point to a wireless device. For this test, the levels were defined as:

In this measurement, it was shown that, in addition to the redistribution effect, SPIRO also improved the data transfer rates between the router and the wireless device.

With this case, we demonstrate that the STROOM MASTER, with 9 SPIRO films (SPIRO 3 power), is not just a solution for dirty electricity; but It is also capable of improving the WiFi signal and, therefore, optimizing the connectivity of a building.

Soon, we will continue to share with you more case studies like this so that you can know the results of our technology. We invite you to visit our products section to learn more about our solutions. To receive more information of interest like this, subscribe to our newsletter using the form at the bottom of this page.