Electromagnetic pollution: what are we exposed to? 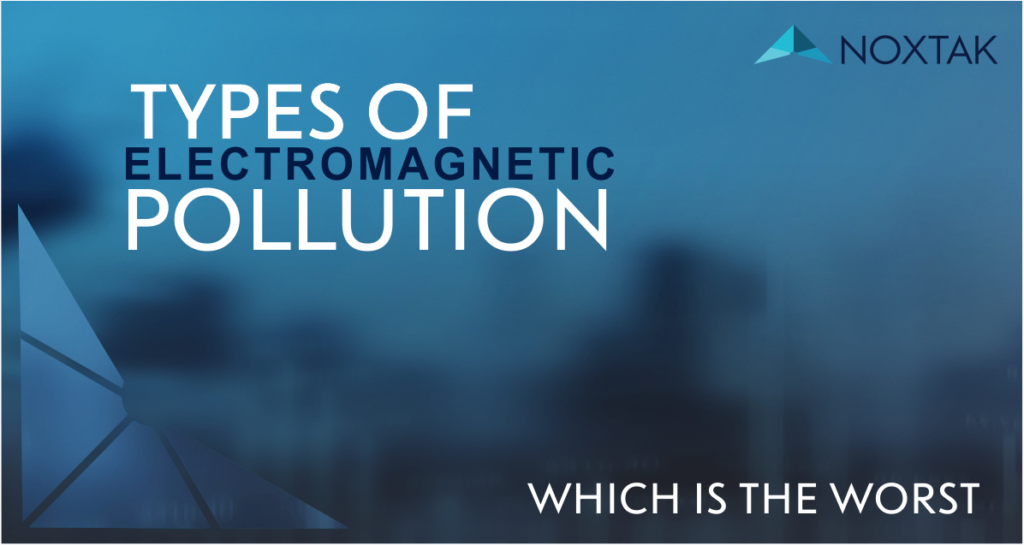 With the increasing proliferation of technology and telecommunications, electromagnetic pollution has grown. But do you know exactly how it affects you?

Technological development and the expansion of connections in recent decades has changed the natural electromagnetic environment around us. Today, we are all connected to a complex mix of weak electric and magnetic fields, both at home and at work, from those that produce electricity generation and transmission to household appliances and industrial equipment, to those others produced by telecommunications and the diffusion of radio and television.

Exposure to artificial electromagnetic fields has been demonstrated to produce biological effects, of which 8 of them have been repeatedly confirmed by science with serious health implications, and some more people have even manifested other health conditions that are still under study.

However, this does not mean that we should stop using the technology or stop its advance, but rather that we must understand the electromagnetic problem to find solutions and thus avoid the effects that artificial electromagnetic fields can cause.

Nowadays, people are permanently exposed to both the electromagnetic fields produced by the electronic devices they use and also the electromagnetic signals from telecommunications. Although this phenomenon occurs to a greater extent in large urban centers, today it is very difficult to find a single place on the planet that is free of artificial radiation.

The word smog comes from the terms of smoke and fog, which means air pollution by escape gases in metropolitan areas. The term electrosmog then refers to all electromagnetic fields artificially generated by man-made technologies and the resulting permanent exposure of people and the environment to them.

There are two types of electrosmog and they are subdivided as follows according to their emission source:

In recent years, a growing concern has been raised about the effects of electromagnetic pollution, and there are lots of questions about the health effects related to numerous sources of electromagnetic fields, such as power lines, microwave ovens, displays, security devices, radars and, more recently, mobile phones and their base stations.

In the past 30 years, approximately 25,000 articles have been published on the biological effects and medical applications of non-ionizing radiation. Even though some people think that more research is needed, the scientific knowledge in this field is now broader than that of most chemicals.

The WHO International EMF project was launched to respond scientifically and objectively to societal concerns about the potential dangers of low-intensity electromagnetic fields. Currently, large research efforts are being devoted to studying the relationship between electromagnetic fields and cancer. Also, there are some studies underway to look for possible carcinogenic effects of the electricity grid frequency fields.

For example, the FDA and the Interphone study have already investigated and studied in depth the possible types of cancer that electromagnetic contamination could generate. These studies have provided new evidence and bases for new research. Even IARC has already rated artificial electromagnetic waves as 2B type carcinogens.

Another research objective of many current studies is the long-term health effects of using mobile phones. Although no overt deleterious effects have been discovered so far, further research attempts to determine whether less obvious effects could occur at very low exposure levels.

Although there is much to study and understand about this problem, now, with Noxtak technology, we provide solutions to protect ourselves against electromagnetic fields without the need to stop using everyday devices or block the waves. Our technology, the first non-blocking solution for EMFs based on real science, has been awarded multiple times, and it’s certified by independent laboratories.

We invite you to visit our products section to learn more about our solutions and, if you wish to receive more information of interest such as this, subscribe to our newsletter using the form at the bottom of this page. Soon, we will be publishing more information on this and other topics.