NTP studies: Is the cellphone harmful to our health? 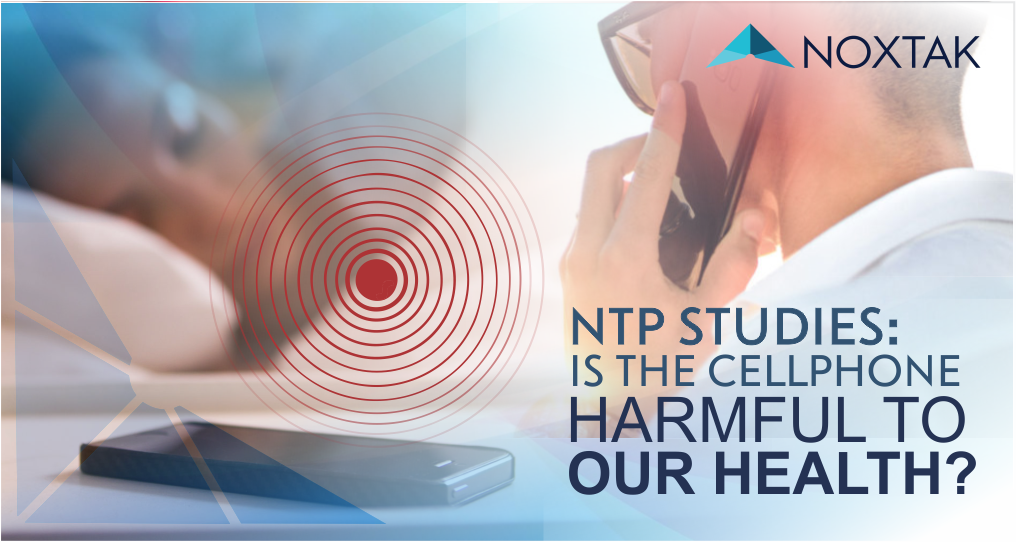 During several years, many studies on the effects of cellphone emissions have been carried out by a large number of scientific organizations around the world, but what does the National Toxicology Program (NTP) say about this matter? We tell you more here.

On 28 March 2018, a United States government research program study concluded that there is “clear evidence” that radiation from mobile phones causes a rare heart tissue cancer in rats that is too strange to be explained as a random occurrence.

The report released by the NTP (National Toxicology Program) showed a link between certain cancers and exposure to radiofrequency radiation in certain rats. NTP scientists had exposed thousands of rats and mice (whose biological similarities to humans make them useful indicators of human health risks) to doses of radiation equivalent to an average mobile user’s lifetime exposure.

At the moment this report was released, the alarm didn’t last long, as many companies and organizations defended the position that the study was misleading and could not be interpreted as a real risk to human health. Although this is admittedly true, the NTP has stated that these studies are the beginning of a better understanding of how human bodies react to technologies.

So, what should we believe? Is this NTP a source you can trust? How do you interpret those results in bodies so different than humans? Today, we want to talk about the labor of the National Toxicology Program, how important are these studies, and how they serve as a guide for future studies and conclusions to come.

The National Toxicology Program is an inter-agency program run by the United States Department of Health and Human Services to coordinate, evaluate, and report on toxicology within public agencies. It is headquartered at the National Institute of Environmental Health Sciences (NIEHS).

These categories of interpretative conclusions were first adopted in June 1983 and then revised in March 1986 for use in the Technical Report series to incorporate more specifically the concept of the actual weight of evidence of carcinogenic activity.

Historically, the NTP Chronic Carcinogenicity Studies of Cell Phone Radiofrequency Radiation are the most comprehensive, carefully done research performed to date on the long term effects of radiofrequency radiation from wireless devices such as cell phones.

The study cost $30 million and took more than 10 years to complete. For the study, the animals were housed in special chambers so the researchers could control how much radiation they received. The animals were exposed to a total of 9 hours of radiation per day, in 10-minutes sessions. The radiation began in the womb or early in life and lasted for up to two years, which is most of the animals’ lifetime.

The lowest level of radiation was equivalent to the maximum level that cellphones are allowed to emit in the U.S. But the researchers noted that a typical cellphone user rarely ever reaches this level. And the highest radiation level used in the study was four times higher than the maximum level allowed in people.

“High exposure to radiofrequency radiation (RFR) in rodents resulted in tumors in tissues surrounding nerves in the hearts of male rats, but not female rats or any mice, according to draft studies from the National Toxicology Program (NTP). The exposure levels used in the studies were equal to and higher than the highest level permitted for local tissue exposure in cell phone emissions today. Cell phones typically emit lower levels of RFR than the maximum level allowed. NTP’s draft conclusions were released today as two technical reports, one for rat studies and one for mouse studies. NTP will hold an external expert review of its complete findings from these rodent studies on March 26-28.

The incidence of tumors, called malignant schwannomas, that were observed in the heart increased in male rats as they were exposed to increasing levels of RFR beyond the allowable cell phone emissions. Researchers also noted increases in an unusual pattern of cardiomyopathy, or damage to heart tissue, in exposed male and female rats. Overall, there was little indication of health problems in mice related to RFR.

The reports also point out statistically significant increases in the number of rats and mice with tumors found in other organs at one or more of the exposure levels studied, including the brain, prostate gland, pituitary gland, adrenal gland, liver, and pancreas. However, the researchers determined that these were equivocal findings, meaning it was unclear if any of these tumor increases were related to RFR.”

However, Dr. Jeffrey Shuren, director of the Food and Drug Administration’s (FDA) Center for Devices and Radiological Health, said in a statement that “Animal studies like this one contribute to our discussions on this topic, but we must remember the study was not designed to test the safety of cellphone use in humans, so we cannot draw conclusions about the risks of cellphone use from it”.

“If scientists can better understand biological changes in animals, they will know more about what to look for in humans,” the NTP said in its fact sheet on the study.

In 2019, the NTP published once again a study called ‘Evaluation of the genotoxicity of cell phone radiofrequency radiation in male and female rats and mice following subchronic exposure’, where they concluded that “exposure to RF radiation is associated with an increase in DNA damage.”

As of today, the NTP is working to better understand the biological basis for the cancer findings reported in its earlier RFR studies. The program has developed smaller RFR exposure chambers for additional short-term studies that will take weeks and months to complete rather than years. They are aiming to understand the underlying effects of RFR on biological systems, such as looking at biomarkers of damage (measurable physical changes, such as DNA damage), and discovering if the heat or exposure-related stress plays a role in cancer development.

Now, with 5G technology growing popular, many questions have been raised about how can this affect human health. Given this, the NTP scientists are looking for a better understanding of the impact of exposure to radiofrequency on biological tissues, despite its source, generation, or intensity.

Do you want to get more information of interest like this? Subscribe to our newsletter through the form at the bottom of this page. And if you want to know more about NOXTAK, we invite you to visit our product section to learn more about our SPIRO solutions.