The Seletun Statement: A Shout for Lower EMF Standards for World Health’s Sake 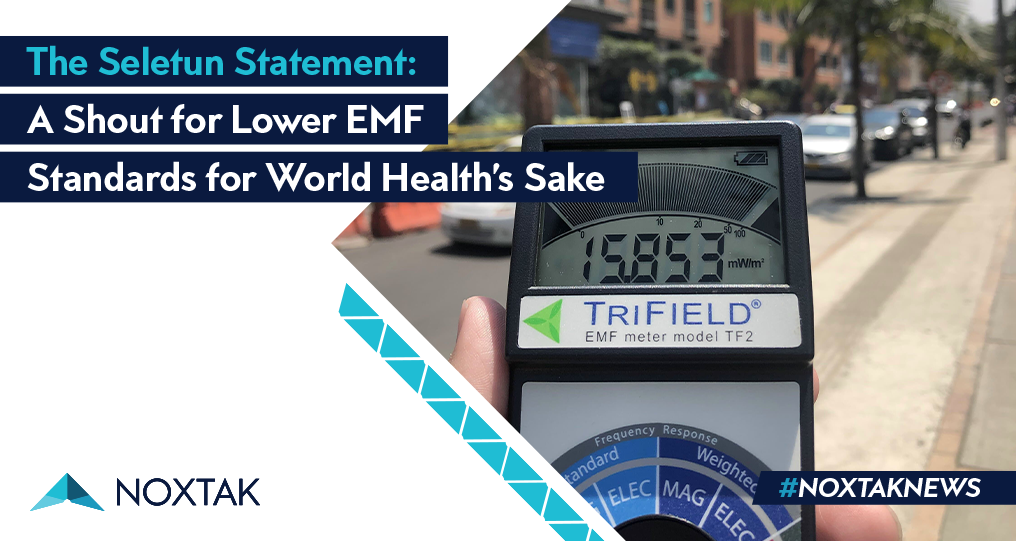 In November of 2009, a scientific panel met in Seletun, Norway, for three days of intensive discussion on existing scientific evidence and public health implications of the unprecedented global exposures to artificially polarized electromagnetic fields (EMF). EMF exposures result from the use of electric power and from wireless telecommunications technologies for voice and data transmission, energy, security, military, and radar use in weather and transportation.

The statement outlines some recommendations to help protect public health including adopting traditional public health principles and reducing EMF exposures now rather than waiting for proof or understanding of mechanisms; the establishment of an international registry to track time trends in incidence and mortality for cancers and neurological and immune diseases and also proposes that there should be mandatory pre-market assessments of emissions and risks before deployment of new wireless technologies.

The Seletun Scientific Statement represents the consensus conclusions of a scientific panel that has discussed the existing scientific evidence and potential public health implications of exposure to artificial electromagnetic fields (EMF) from telecommunications and electric power technologies.

The Scientific Panel, led by Olle Johansson, PhD of the Karolinska Institute, recognized that the body of evidence on EMF requires a new approach in order to protect public health; the growth and development of the fetus, and of children; and argues for strong preventative actions. New, biologically-based public exposure standards are urgently needed to protect public health worldwide.

According to the international scientists, it has become obvious that new, biologically-based public exposure standards are urgently needed to protect long-term public health worldwide. Current public-safety EMF-exposure guidelines used worldwide, based on physics models and calculations, currently only protect for damage generated by a heating effect. With respect to prolonged, low-intensity exposures that nowadays frequently occur, but do not have a heating effect, the guidelines, say the scientists, are inadequate and obsolete.

The report and Consensus Statement, published in the journal Reviews on Environmental Health include ten Key Points:

“The Seletun Scientific Panel has adopted a Consensus Agreement that recommends preventative and precautionary actions that are warranted now, given the existing evidence for potential global health risks. We recognize the duty of governments and their health agencies 1) to educate and warn the public, 2) to implement measures balanced in favor of the Precautionary Principle, 3) to monitor compliance with directives promoting alternatives to wireless, and 4) to fund research and policy development geared toward prevention of exposures and development of new public safety measures as well as new, safer communications technologies”, stated Dr. Olle Johansson in a video presentation.

Regarding radiofrequency/microwave radiation, the present guidelines, such as IEEE, FCC, and ICNIRP, are not adequate to protect humans from harmful effects of chronic EMF exposure. It is now instead recommended that:

The Seletun Scientific Panel acknowledges that numeric limits derived here for new biologically-based public exposure standards are still a billion times higher than natural EMF levels at which all life evolved. It is a serious mistake to believe that we have always lived in man-made electromagnetic fields, such as electrical power, radio, TV, computers, and wireless telecommunication, and therefore should not worry. It was not long ago when people thought that X-rays, radioactivity, strong ultraviolet light, and radar were completely without harm. Nowadays we know much better!

I think this resolution represents a thorough and powerful review by a qualified scientific panel in electrosmog. This statement is based on a set of epidemiological evidence found in studies and papers specifically related to some bands and frequencies. Based on sound fundamentals, the regulations currently in place to regulate exposure are shown to be unhealthy, contrary to what has long been claimed.

This resolution shows us that the so-called safety-limits are not adequate and that, in addition, the ALARA principle is not being complied with when manufacturing and deploying new technologies; in other words, a position in favor of reducing emissions is not being used at all.

So, if we are looking to develop cleaner and less-polluting technologies, it’s necessary to coordinate efforts in order to research, design, and engineer optimized devices in terms of electric and magnetic fields, like the electro-clean standard we propose. There are actual ways to achieve this, but there’s no motivation in academic and industrial niches to make it happen. Also, the public out there is completely unaware of the problem. So, instead of going for a regulations change, how do we motivate big industries to invest millions in clean electronic engineering? In my opinion, that’s where our efforts should be really directed.

The Seletum Statement then proposes to approach local governments to state that, based on scientific criteria, it is more convenient to act according to the precautionary principle and ALARA; so it is necessary to work on implementing new policies that promote the reduction of electromagnetic emissions to as low as reasonably possible.

But this is not only about promoting government policies at the regional level, as an EMF researcher, I think it is necessary to promote this vision in academic niches, as well as at the industrial and corporate level. We need to start by publicly showing that these safety-levels that are currently established are questionable and potentially unsafe.

This resolution is the first awareness step into the carelessness and lack of interest that currently exist around the manufacture of new technologies, and should be used to encourage industries to work on the development of electromagnetically safer and cleaner technologies. This is our particular focus at NOXTAK.

Based on scientific criteria such as this resolution, we seek to promote greater awareness of this problem. In my opinion, this is not about changing the rules that have been already set, this is implausible and unrealistic, but about promoting awareness around the scientific evidence that supports these values are not safe. This is the way to go to achieve cleaner technologies.

Why do I say that it is unrealistic to promote a change in the regulation? The answer is that we are not ready yet. As I mentioned, the first step is to raise awareness in academic niches such as universities, research organizations, and industries about the potential danger of these emissions; then, encourage better urban planning around the implementation of new technologies; finally, promoting a new technology manufacturing standard. Under this criterion, naturally, better and more convenient regulations for the health of users and the environment will be created.

It is important to mention that, even though we created SPIRO to function as a passive filter that does not block or alter the purpose and destination of the electromagnetic waves, at NOXTAK we have been actively working to promote this improvement in technologies to make them cleaner. Our perception of the ideal is that technologies like SPIRO are used to filter the remaining emissions from devices that operate under the principle of “as low as reasonably possible” emissions, so that people can enjoy completely clean technologies.

And yes, it is true that we can scale our technology to fit industrial emission levels without the need of promoting the ALARA principle or a reduction in EMF emissions, but there’s a big difference between what’s possible and what’s TRULY RIGHT. And the right thing for us is -and will always be- to speak up for the creation of more efficient and less-polluting technologies that ensure sustainability and well-being. This is NOXTAK’s vision. 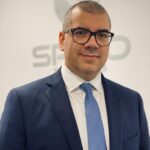