SPIRO Square: An “on-the-go” solution for a wider spectrum of pollution

Did you know that your car and everyone’s cars, buses, trains, and every vehicle out there emits EMF pollution? And you are not only exposed to your car’s single emissions, but to those generated from the vehicles and other sources around. We have developed a solution for this problem, and here’s what you need to know about it. 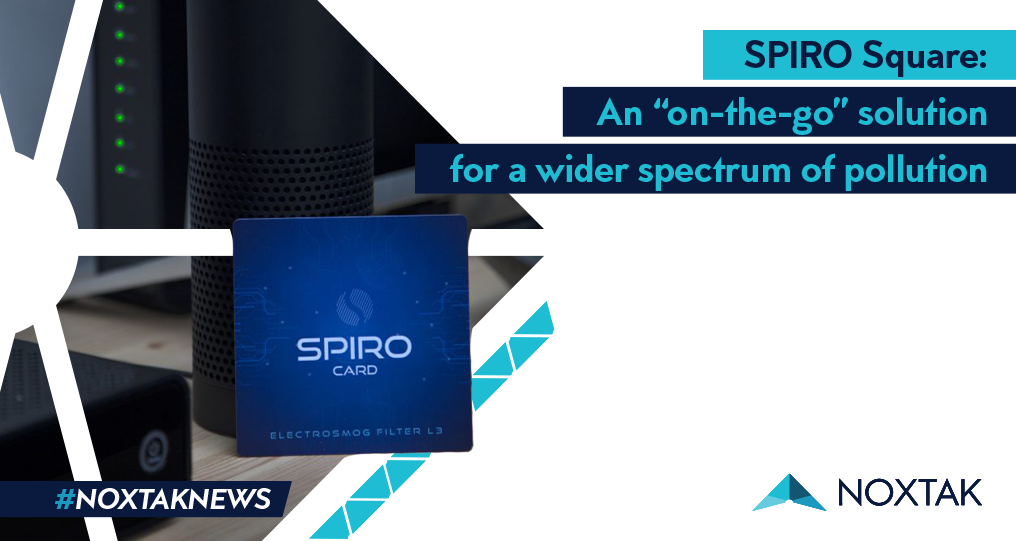 The main sources of electropollution are usually the cell phone, computers, tablets, and the devices we use every day. However, when we are in motion in a motor vehicle, in addition to the devices we carry with us, we are exposed to additional contamination from the vehicles themselves and from other sources of external contamination (other vehicles, telecommunications, lighting systems, etc).

This applies to both our personal vehicles, as well as trains, buses, and any other variety of public transportation vehicles. Have in mind that this is not only limited to the recently launched hybrid or electric vehicles, but also to conventional fuel-powered vehicles, which have important electrical components and different mechanisms that also generate electromagnetic fields.

But how can you protect yourself from the inescapable pollution you are exposed to in vehicles? We tell you more about the SPIRO Square, our solution for EMF protection in vehicles.

As with all technologies, as automobiles have become more modern, they have become more accumulators of electromagnetic fields. EMF also tends to accumulate in cars due to the metallic casing that covers them, and as more technology is integrated into the cars, the more electrified and polluted they are inside. This applies to both conventional and electric cars.

Modern cars do not only have electrical components for simple purposes such as lights, or an air conditioner, they have geolocation systems, connection hotspots, computers, monitoring and security systems, several active sensors, and so on. So we have smartest cars that are getting hyper-connected too, which means they are additionally polluted when compared to our vehicles 10 or 15 years ago.

Also, there is an important external pollution ingredient when it comes to cars. Besides all the pollution trapped inside the metallic carcass, we have to consider the many other vehicles in motion around us, along with telecommunication signals, electric lines, wifi hotspots both in public places and public transportation, illumination systems, and other polluting elements over the air. And then there is the window factor: Glass does not shield EMF. This material is easily penetrated by electropollution, so it does not matter that you have your windows closed, you are still exposed to what’s outside and your car is emitting all over the place too.

Our Spiro Square, previously known as the SPIRO L3, has a SPIRO power of 7 Spiro films. It has a 2-meter action range radius and is 2.3 times more powerful than the Spiro Card (our smallest solution meant for personal devices), making it ideal to handle the emissions of different devices at once and a wider spectrum of pollution.

This product is ideal complementary protection for IT, Police Officers, Security Staff, and people who use multiple devices at the same time, as it’s capable to control the emissions of up to 7 personal devices at once. But due to the growing concern around automobile emissions, our team developed more research to find the solution that better suits drivers and transportation users. After much research, the L3 (SPIRO Square) was proven to be completely effective to neutralize the emissions commonly (average cars of gas en hybrid) emitted by a vehicle and its surroundings.

It is important to note that this solution does not replace the SPIRO Card (SPIRO L2) in its passive filter operation for telecommunications devices for personal use. The SPIRO Square works more as a general filter for multiple emissions; so if you want to get flawless results, it’s ideal to carry a SPIRO Card (Spiro L2) to specifically filter the emissions of your smartphone or tablet and other closest devices such as EarPods and Smartwatches.

The SPIRO Square has not only showed 100% effectiveness in filtering the electropollution emitted by vehicles, but has also shown to have absolutely no adverse effects on the operation of the car’s electrical system, computers, GPS, connection hotspots, and other devices inside the vehicle; on the contrary, laboratory tests have shown that it is fully compatible with them, optimizing their operation, and extending their useful life.

The proven results of the SPIRO Square

Just like the whole SPIRO Family, the SPIRO Square does not block or shield EMF, but it uses the natural nanomagnetic properties of the SPIRO material (contained within the card) to function as a passive filter for artificially polarized electromagnetic fields. It used more nanostructured films, so it’s powerful enough to filter the internal and external pollution received in a vehicle, as well as the fields produced by the use of multiple wireless devices simultaneously, baby monitors, cordless phones, microwave ovens, Wi-Fi routers, office electronics, and up to 4 home appliances.

We take testing very seriously when it comes to our products, so we have executed both technological and healthcare tests to ensure the effectiveness and safety of our SPIRO Square. First, we made a healthcare testing executed by the International Association for Electrosmog-Research (IGEF), which showed that SPIRO Square improves the ability to regulate the heart rate variability, a factor often affected under the effects of EMF.

We also developed an over-the-air performance testing, that showed an improvement in the wireless radiation pattern distribution. Transmission power peaks are removed, and the wireless signal is uniformly distributed using SPIRO. Meanwhile, OTA throughput testing showed that devices’ performance is not affected while being around the SPIRO Square.

Do you want to know more about our SPIRO Solutions? Visit our products section and check out the variety of options we have available to protect you from EMF Pollution. And stay tuned for more valuable information like this! Subscribe to our blog in the form at the bottom of this page.