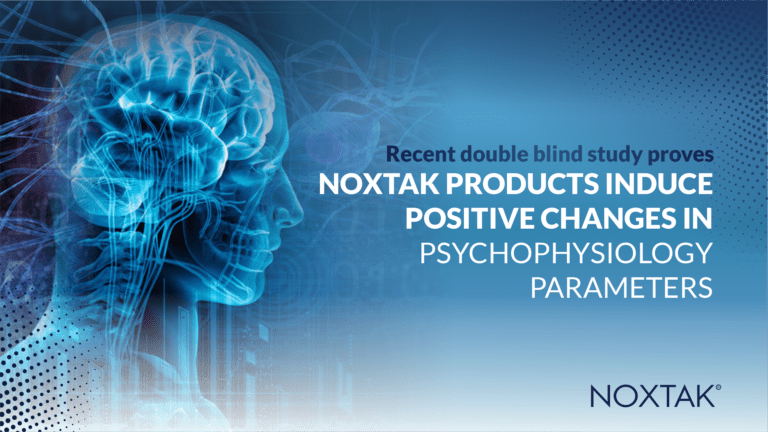 An expert group from the Saint-Petersburg Scientific-Research Institute for Physical Culture, the North-Western Medical University, and the Internationale Gesellschaft für Elektrosmog-Forschung, performed a study aimed to demonstrate the beneficial effect of Noxtak’s electromagnetic protection technology on human psychophysiology.

The potential health effects of very low-frequency electromagnetic fields generated by power lines and electrical devices are still subject of ongoing research and significant public debate. According to the WHO, electromagnetic fields of all  frequencies represent one of the most common and rapidly growing  environmental exposures about which there is a widespread concern.

The entire population is now exposed to some degree of electromagnetic fields, which will continue to increase as technology advances. Mobile telephones have become common all around the world, and they rely on an extensive network of fixed antennas or base stations, transmitting information using high frequency signals. As the number of base stations and local wireless networks increases, the high frequency impacts the population.

“It is becoming clear that there is a problem, it will only grow, and it must be solved. It is clear that at the moment, it is impossible to restrict the development of frequency technologies, and its negative influence on the population will be worsening. The only solution is the search for the protection from harmful external effects with the help of modern nanotechnology”, the research group stated in their article published in the Journal of Applied Biotechnology and Bioengineering, named Influence of electromagnetic protection technology on human psychophysiological condition.

Noxtak products are composed of SPIRO® (Spin Radiation Organizer) films, a material that contains nanoparticles with magnetic moments that present stable natural domains. SPIRO® was developed taking into account the most recent scientific discoveries regarding the properties of gold and other metals and how they react in nanoscale, resulting in a formula that induces a Spin Radiation Organizer. Several previous laboratory studies and physical studies have proven that this technology acts as a passive filter for electromagnetic waves, neutralizing interferences and improving the radiation propagation pattern in EMF emissions to become compatible with our bioelectrical system.

“In other words, these nanomagnetic properties promote responses of natural polarization in the fundamental particles with which it interacts, reducing the level of entropy this non-ionizing radiation from artificial sources carries in the form of electromagnetic disturbances, thus resulting in an SOI (spin-orbit interaction) and coherent domains of low entropy and strong stability in their domain walls (Bloch walls). This makes these emissions compatible with the body’s bioelectric system, facilitating a healthy electromagnetic exchange at the cellular level,” the study group wrote.

Participants included 50 healthy adults of different genders, ages, and professions. The average age of subjects in the experimental and control groups was 21.75±2.48 years, 36 women and 14 men. Each subject received information about the nature and purpose of the study, and the design of test procedures. The protocol of the study was approved by the ethics committee of the Federal State Budget Institution “SaintPetersburg Scientific-Research Institute for Physical Culture,” St. Petersburg, Russia.

The first method used in the study was the Rhythmocardiography, which analyzes the automatism of the sinus node, reflecting the state of the body’s regulatory systems and the degree of its equilibrium with the environment. The parameter studied was the Heart Rate Variability, defined as the variability of the time intervals between the beats of the heart, the nature of which can be used to judge the ability to adapt to environmental changes both at the moment and in the long run. 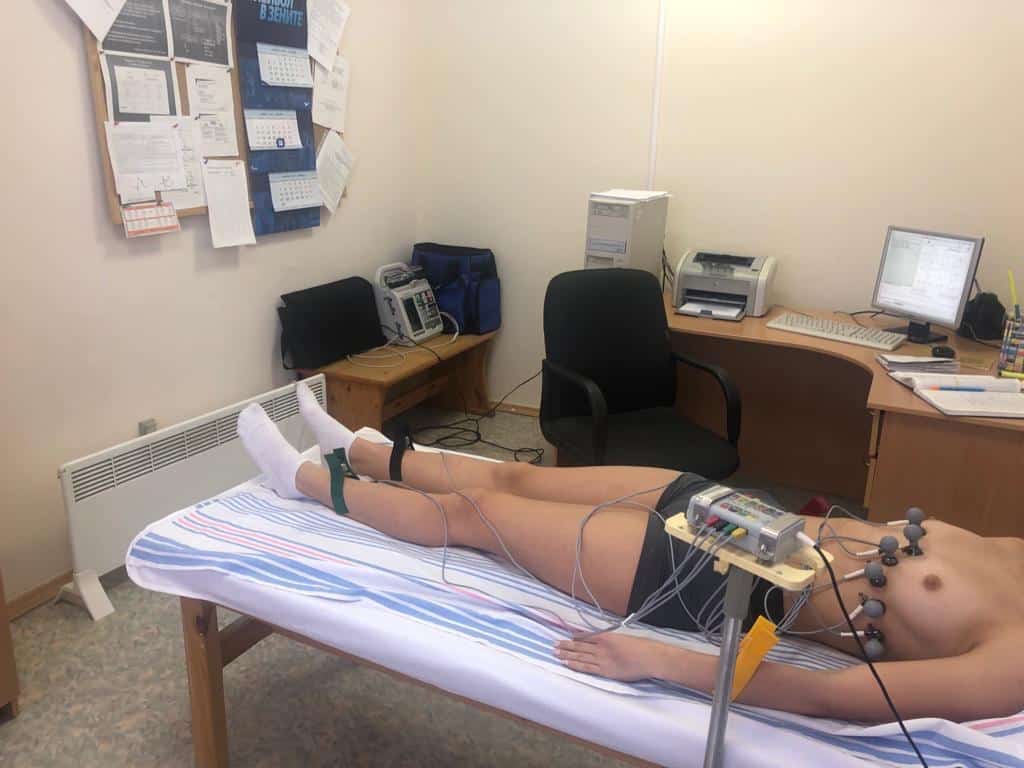 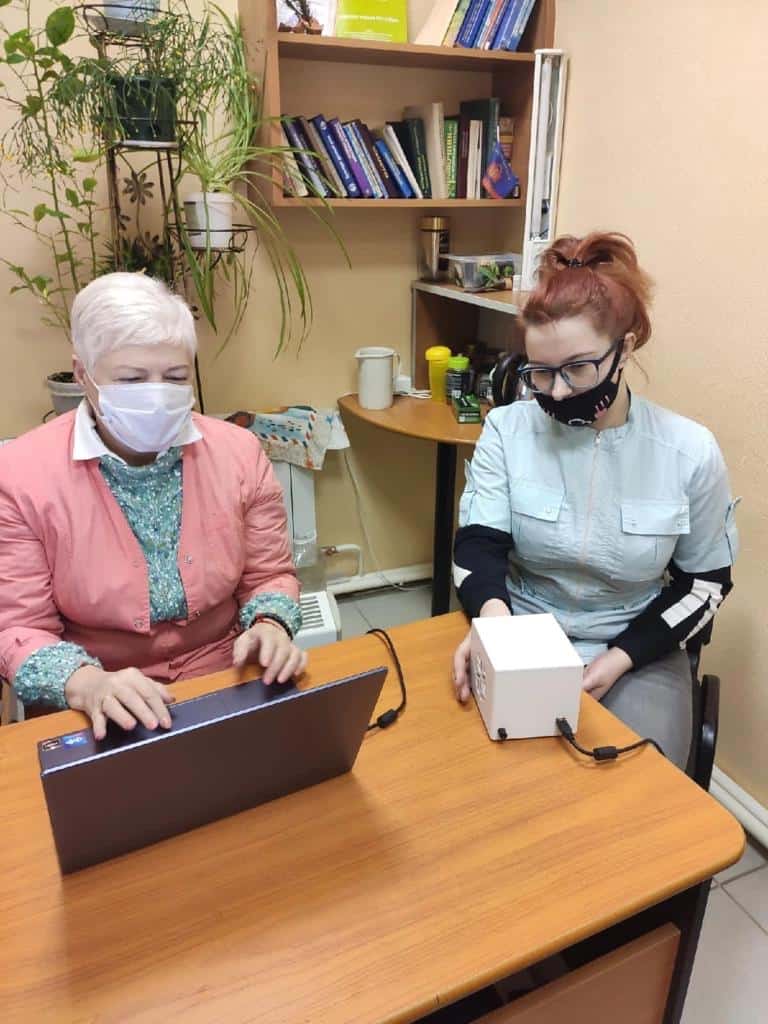 The team, led by Dr. Konstantin Korotkov, used the Bio-Well GDV method, a revolutionary, non-intrusive instrument for preventive health care and Integrative medicine based on traditional Chinese medicine and modern neurophysiology ideas, verified by 20+ years of clinical experience by hundreds of medical doctors with many thousands of patients. It brings the powerful technology known as the Gas Discharge Visualization (GDV): A weak electrical current is applied to the fingertips for less than a millisecond when a scan is completed, the object responds to this stimulus by emitting electrons and photons, this “glow,” invisible to the human eye, is captured then by the unique camera system and sent to the server, where robust software processes data and then translates and transmit it back in graphical representations to show energy, stress, and vitality evaluations for the whole body and all organs.

The results:  growth of adaptive abilities, reserve possibilities, and vital energy of the organism

Participants had to evaluate the quality of their sleep on a 10 scale range of an exact number. When asked about their overall quality of sleep, both groups of people responded they were more satisfied after the tests, which was attributed to the effect of Spiro-disk or the effect of placebo. Also, both groups had manifested they needed less hours of sleep to feel energized.

In the second half of the questionnaire, which asks about their ability to stay asleep, the experimental group manifested that their quality of sleep increased, while in the control group it decreased.

The experimental group showed growth in parameters reflecting parasympathetic activity and variability of heart rhythm. There was a growth of the economy of respiratory and cardiovascular systems functioning, adaptive and energetic potential of the organism, and recovery after loads.

On the other hand, the control group showed inverse changes in heart rhythm variability, indicating increased activity of the sympatho-adrenal system and changes in almost all indicators, which reflected the centralization of the heart rhythm, reduction of adaptation of the organism, and its reserve capacity in the adverse epidemiological, climatic and seasonal period. 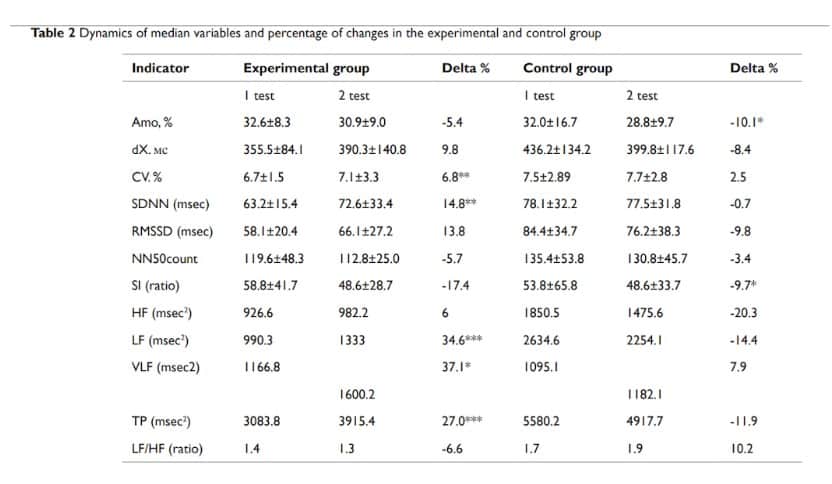 “Thus, both the HRV and Bio-Well methods showed the positive dynamics of indicators reflecting the growth of adaptive abilities, reserve possibilities, and vital energy of the organism, the degree of its homeostasis, and decrease of stress indicators in the experimental group during 30 days of using the NOXTAK technology (Spiro disc placed in the sleeping place and protective Spiro card on the phone). In contrast, in the control group, there was a reliable negative dynamic of these parameters for most participants. The experiment was conducted in Saint Petersburg, Russia, in autumn – during the unfavorable seasonal, climatic and epidemiological period – the period of seasonal immunodeficiency and depression, which increased the significance of the results for the experimental group,” concluded the research team.