A recent study published in the journal Current Alzheimer Research has connected the overexposure to EMF radiation, emitted by cell phones, Wi-Fi, and electronics, to the development of Alzheimer’s disease. 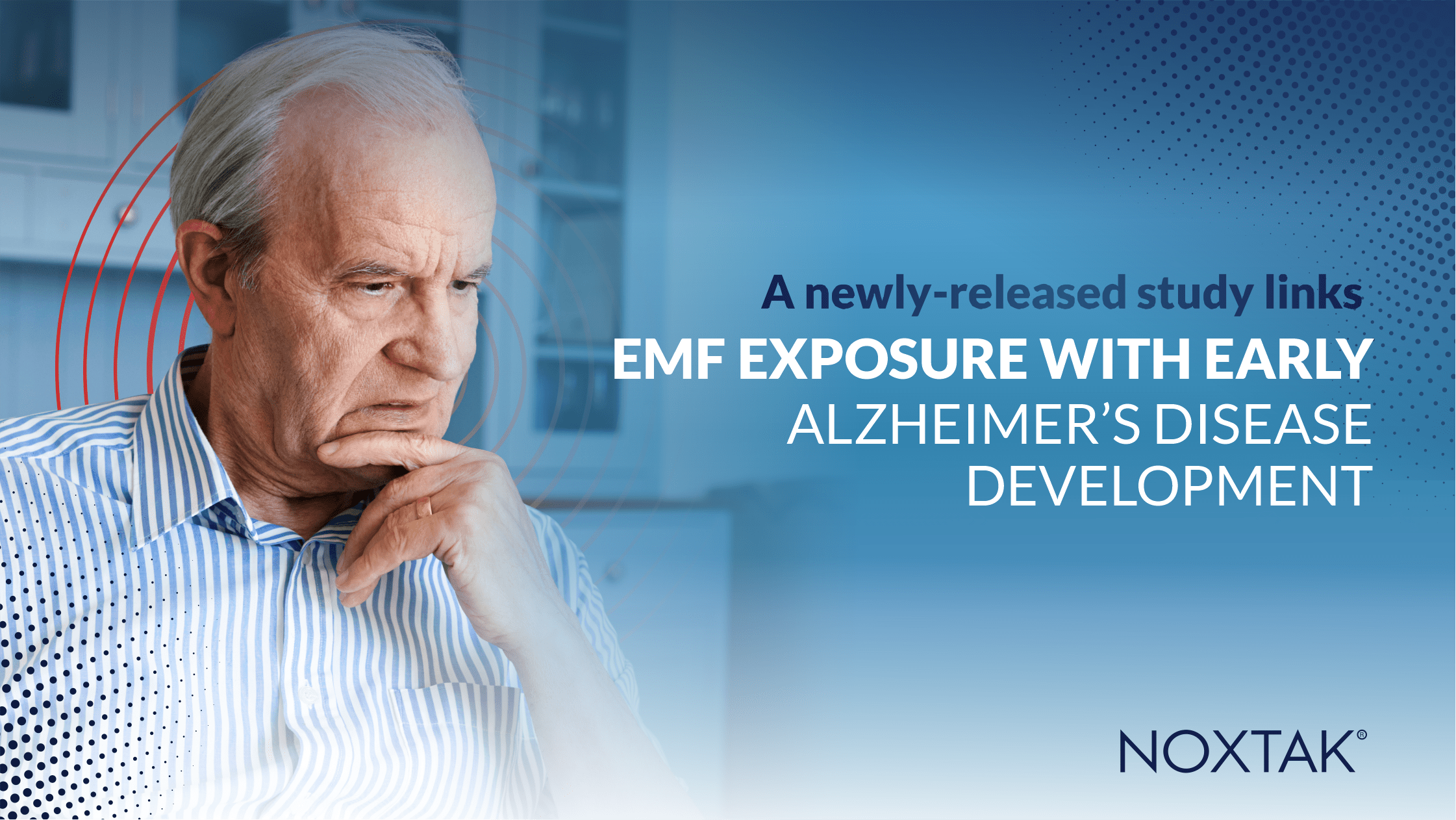 Electromagnetic pollution is a real problem we are facing since electricity use started, has grown with the massification and modernization of telecommunications, and will only grow over time as we keep integrating technology into our daily lives and activities.

The possible effects of electrosmog exposure have been discussed for years. Considering the rapid changes in technologies and telecommunications over the past three decades and how bond they are into our lives, abundant research has been aimed at understanding whether electrosmog could be harmful to our health. Thousands of studies have found worrying links with serious health problems at different levels, and, today, there are still studies being carried out and released that confirm previous findings and keep adding up new evidence to be studied in the future.

Dr. Martin Pall: an experienced researcher in the field of EMFs

He has authored hundreds of articles and studies around the topics of EMFs and environmental health, written by himself or in collaboration with other experts in multiple fields of knowledge.

Dr. Pall’s most recent study, published in Current Alzheimer Risk, has investigated the relationship between electronically generated electromagnetic fields (EMFs), including those used in wireless communication such as cell phones, Wi-Fi and smart meters, and Alzheimer’s, also known as the most common form of dementia. His findings suggest there could be a strong link with early onstage Alzheimer’s development.

VGCC: It’s all related to calcium buildup in our brains

Scientists and researchers have long suspected that calcium buildup can lead to changes in the brain; and when it comes to Alzheimer’s disease, researchers are concerned that “excessive intracellular calcium” is a root cause of the condition.

Dr. Pall’s study suggests that pulsed electronically generated electromagnetic fields (EMFs), which are used for wireless communication, could be leading to this calcium buildup. EMFs emit electric and magnetic forces that activate something called voltage-gated calcium channels (VGCCs) in our bodies, negatively affecting the brain by causing this quick buildup.

“The calcium hypothesis of Alzheimer’s disease (AD) has shown that each of the important AD-specific and nonspecific causal elements is produced by excessive itntracellullar calcium acts in AD via excessive calcium signaling and the peroxynitrite/oxidative stress/inflammation pathway, which are each elevated by EMFs,” Dr. Pall wrote.

Previous studies on the matter support these findings

Previous studies on this same matter have highlighted that increased VGCC activity may be linked to increased incidents of Alzheimer’s disease, and 12 additional studies have shown that those with occupational EMF exposures also have a higher incidence of Alzheimer’s. While the condition normally has a latency period of 25 years, exposure to EMFs have been found to shorten this.

Dr. Pall also mentioned that the age of onset for Alzheimer’s has decreased over the past 20 years, which coincides with increases in wireless communication EMF exposures and the massification of cell phone usage.

“There have been large increases in microwave frequency pulse modulated EMF exposures, starting in the mid-1990s with cordless phones and satellite phones followed by cell (mobile) phones and cell phone tower (mobile phone base station) radiation, smart meters, digital power supplies and digital inverters, increased civilian radar usage, and of course, increased amount of modulating pulsation going from 2G to 3G to 4G and to 5G. The timing of the recent decreasing age of onset of AD corresponds, at least roughly, to increases in such EMF exposure, suggesting but not proving possible EMF causation”, Dr. Pall noted.

He also expressed a particular concern about “digital dementia,” which could affect young people exposed to Electropollution for extended periods each day. To support this, Dr. Pall addressed some previous studies that found “massive neurodegeneration” when exposing young rats to EMF pulses.

The study suggests there’s a strong link, but more research is needed

Dr. Pall has called for additional research in order to confirm these findings and take action in the future. He has specifically mentioned the importance of investigating magnetic resonances of young people who exhibit signs of digital dementia, assessments of EMF exposure for people with early-onset Alzheimer’s (between the ages of 30 and 40), and investigation into signs of Alzheimer’s for those who have lived near small cell antennas for over a year.

“Among the more important studies that should be done are studies of Aβ, hyperphosphorylated tau protein, and other markers of AD in the cerebrospinal fluid of digital dementia victims and others with greatly elevated pulsed EMF exposures. We also need good AD epidemiological studies on people with elevated pulsed EMF exposures,” the study concluded.

In the press release, Dr. Pall seized the opportunity to mention that the findings from each of the studies should be shared with the general public so that everyone can take the steps necessary to reduce the incidence of early-onset Alzheimer’s disease.

While there’s still much research to be done around this matter, it is highly important to take preventive measures based on the existing evidence. Limiting EMF exposure is possible through some measures you could take, but it’s just a partial protection, as there will always be some level of EMF pollution to which you will be exposed. It is not realistic to think that limiting exposure or blocking radiation will completely solve the problem, and that’s why it is necessary to approach it through a clean technology vision, where even the most negligible levels of EMF pollution produced by electronics and telecom signals can be filtered to be compatible with our bodies and the environment.

SPIRO® (Spin Radiation Organizer Technology) is a solution that works as a passive filter to all the disturbances from EMFs that we can’t normally avoid and, using specific principles of nanomagnetics, allows to keep using technologies cleanly and free of risks to both our health and the environment.