Every year, people are getting more conscious about the seriousness of mental health and suicide prevention. Experts have studied the emotional and biological factors behind suicide and depression for years, but have we thought if the conditions of our environment could have an influence too? 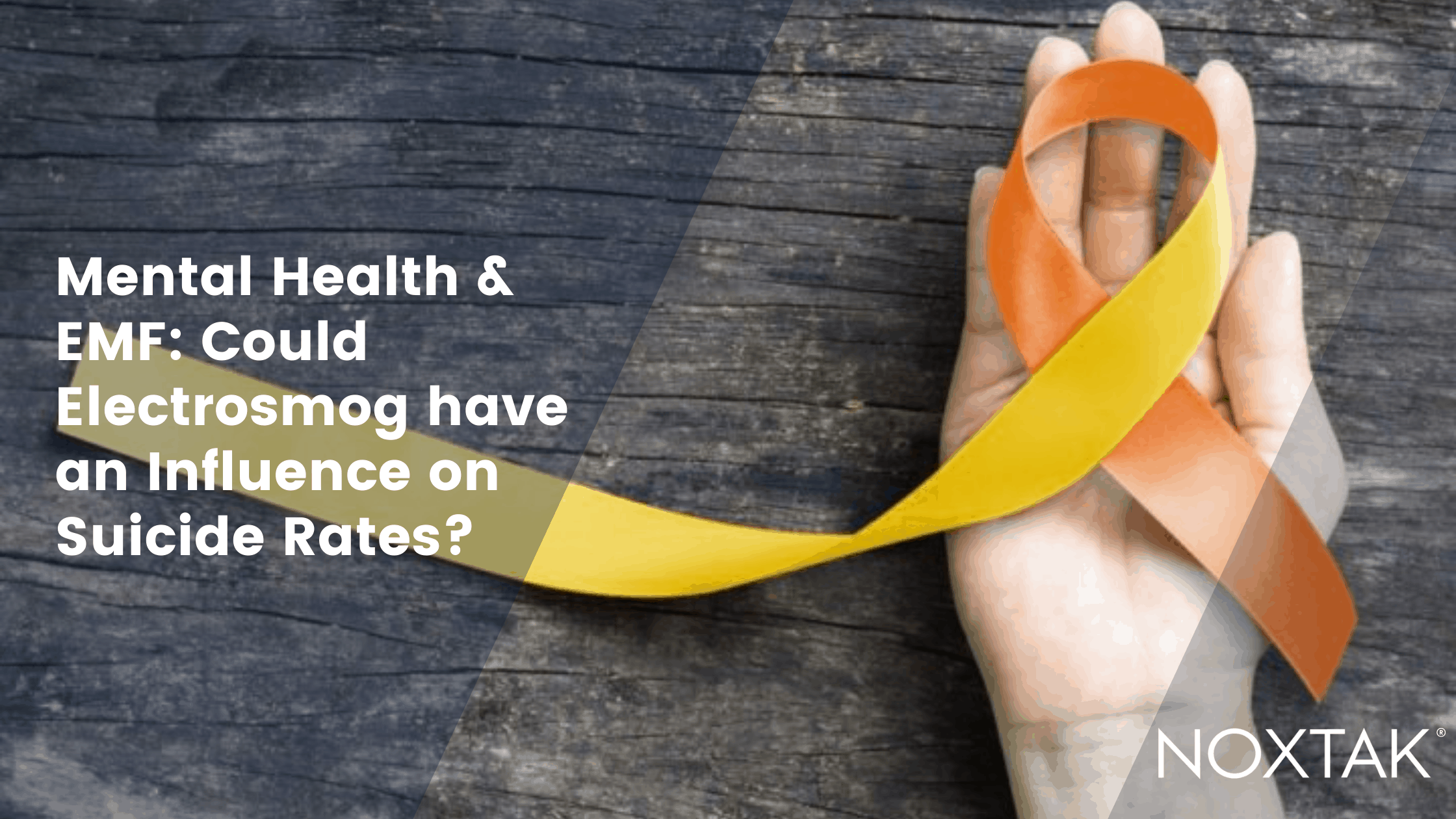 Death by suicide is an extremely complex and sensitive issue. Globally, close to 800,000 people die from suicide every year. That’s one person every 40 seconds. Due to the stigma associated with suicide, this figure is also likely to be an underestimate, with some suicides being classified as unintentional injuries.

According to the CDC, suicide rates increased 33% between 1999 and 2019, with a small decline in 2019. Suicide is the 10th leading cause of death in the United States. It was responsible for more than 47,500 deaths in 2019, which is about one death every 11 minutes. The number of people who think about or attempt suicide is even higher. In 2019, 12 million American adults seriously thought about suicide, 3.5 million planned a suicide attempt, and 1.4 million attempted suicide.

Undoubtedly, suicide and suicide attempts have serious emotional, physical, and economic impacts that extend to families, friends, communities, companies, and even entire countries. The good news is that it is preventable, and many experts have committed to educating people about what to do, what to avoid, and how to help others.

But, even with all we know so far, suicide is still a significant problem that needs continuous study, more comprehension, and further investigation in order to be controlled. What if there are other factors behind suicide that we don’t completely understand? Are we considering environmental conditions and toxins as possible contributors to mental health deterioration? Let’s talk about those concerns.

The well-known causes behind suicide

Most people make the decision to attempt suicide shortly before doing so impulsively rather than planning it out extensively. While there are many factors that can influence a person’s decision to commit suicide, the most common one is severe depression. Depression can make people feel great emotional pain and loss of hope, making them unable to see another way to relieve the pain other than ending their own life.

According to the American Foundation for Suicide Prevention, depression is present in about half of all suicides.

Other mental illnesses that can increase the risk of suicide include:

Also, someone who has had a traumatic experience, including childhood sexual abuse, rape, physical abuse, or war trauma, is at a greater risk for suicide, even many years after the trauma. In a survey of nearly 6,000 U.S. adults, nearly 22% of people who have been raped had attempted suicide at some point, while 23% who experienced physical assault tried to take their own life at some point.

If a person has chronic pain or illness with no hope of a cure or reprieve from suffering, suicide may as well seem like a way to regain dignity and control of their life. In some states, assisted suicide is legal for this very reason. According to a study in the American Journal of Preventative Medicine, the following health conditions were associated with a higher risk of suicide:

Chronic pain can also bring on anxiety and depression, which can also increase your risk of suicide. According to research, people with chronic pain are four times more likely to have depression or anxiety than those who are pain-free.

Could EMF be related with Suicide Rates? This is what the evidence says

For decades, experts in different areas have been performing various tests and studying the possible influences of electromagnetic fields exposure on mental health and suicide rates. Many of these studies have found some solid evidences, while others have found small but concerning associations, noting that more investigation is needed around this matter in order to get a better understanding and formulate adequate recommendations.

For example, a cross-sectional study from 2019 called The effect of chronic exposure to extremely low-frequency electromagnetic fields on sleep quality, stress, depression and anxiety, suggested that long-term occupational exposure to ELF-EMF may lead to depression, stress, anxiety and poor sleep quality.

Also, a canadian study performed in 1996 (A case cohort study of suicide in relation to exposure to electric and magnetic fields among electrical utility workers) examined whether there is an association between exposure to electric and magnetic fields and suicide in a population of 21,744 male electrical utility workers from the Canadian Province of Quebec. Some evidence for an association between suicide and cumulative exposure to the geometric mean of the electric fields was found.

A Polish study performed in 1997 in a selected population of several suburban neighborhoods of Cracow living not farther than 50 m from a 400 kV high-voltage transmission line found that the population resident in the closest neighborhood of the examined transmission-line manifested high level of psychopathology, significantly different than that in the control group.

Another study made on 2000 in North Carolina among electricity utility workers revealed that suicide mortality was increased relative to work in exposed jobs and with indices of exposure to magnetic fields. Increased odds ratios (ORs) were found for years of employment as an electrician or lineman, whereas a decreased OR was found for power plant operators. A dose response gradient with exposure to magnetic fields was found for exposure in the previous year, with a mortality OR of 1.70 in the highest exposure category. Stronger associations, with ORs in the range of 2.12-3.62, were found for men <50 years of age. “These data provide evidence for an association between occupational electromagnetic fields and suicide that warrants further evaluation. A plausible mechanism related to melatonin and depression provides a direction for additional laboratory research as well as epidemiological evaluation”.

Studies reveal a possible link, but what can we do?

Exposure to electrosmog has been related to multiple physical and environmental problems in several studies performed through the years, but unfortunately, this evidence has been discarded, forgotten, or not fully understood. Its links to depression, suicide and psychopathologies have not been the exception.

Of course, we are not solely blaming EMF pollution for the increase in suicide rates and all the dangers we are facing nowadays. We are not pretending to erase the many roots of our many problems. What we are trying to do is to unveil more possible causes, to reopen investigation paths that have been explored years ago, but still need continuity in order to find further explanations and solutions.

In the specific case of suicide, a problem that hits so close to many hearts, we want to actively encourage mental health professionals, scientists, and organizations abroad to dig deeper into this matter that could be an additional weight to those struggling, one that can’t be seen o physically perceived, but that definitely is there and, most importantly, can be eliminated.

We, as experts in EMF, put our experience at the service of any mental health professional or organization wanting to deepen into this relationship and finding solutions to protect every precious life. A person with EMF sensitivity is constantly in silent suffering, with severe sleep disorders, severe Tinnitus, or daily migraines without a known cause, we know it because we deal with issues every day and we understand that EMF is an underrated environmental toxin not considered as one of the multiple environmental factors that could lead to a higher rate of suicide in an urban location highly polluted in terms of RF (Radio Frequency & Microwaves Radiation). However, there is a way to assess a person and get a first impression if they could be developing a condition in their bodies of EMF sensitivity also called Electrohypersensitivity.

We feel the need to repeat this once again: Electrosmog is not something we can’t control. If we start now by investigating more, educating, planning, regulating, and using filtering solutions like SPIRO®, we can build a cleaner/safer environment for everyone while allowing them to use and enjoy technologies normally.