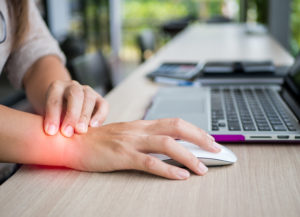 Electro Hypersensitivity or EHS, is a dysfunctional condition that slowly develops in the cells of the body; a condition of extreme sensitivity to Low Frequency Electrosmog in the cells from electrical currents. This is especially true for alternating current (AC), or electricity that we use in our daily lives, and also for Higher Frequency Electrosmog from electromagnetic fields and waves of any technological equipment and wireless devices such as cell phones, Wi-Fi signals, etc. People with EHS suffer from a lack of oxygen in the cells or hypoxia, body fatigue, mental fatigue and sleep disorders. In some cases, they also suffer from skin problems, pain in the neck or back, continuous migraine and pain in the extremities, amongst other symptoms.

This condition was common in the 20th century in employees of electric utilities, operators of industrial machinery with high power consumption and television or radio technicians. However, today, at the beginning of the 21st century, with the explosion of wireless technology, Wi-Fi signals, Bluetooth, mobile phones, 3G and 4G transmission data bands, the proliferation of GPS and other technological equipment, common environments are becoming places of high electromagnetic exposure. As a result, EHS is starting to manifest itself as a common health condition.

A Bit of History behind EHS

During the 1950s, clinics were established in Moscow, Leningrad, and other cities in the Soviet Union and Eastern Europe to study and treat thousands of workers suffering from a new occupational disease. It was named radio wave sickness. These patients manufactured, inspected, repaired or operated microwave equipment. Some worked at radar facilities, others for radio or TV stations, or telephone companies. Others operated radio frequency heaters and sealers being used in an expanding number of industries using technology developed during World War II.

The patients at these clinics suffered from headaches, fatigue, weakness, sleep disturbance, irritability, dizziness, memory difficulties, sexual dysfunction, and occasionally sensitivity to sunlight. Some had heart palpitations, stabbing pains in the region of the heart, or shortness of breath after exertion. Many developed emotional instability, anxiety or depression, and a few had symptoms of mania or paranoia. On physical examination they had objective findings including acrocyanosis (blue fingers and toes), decreased sensitivity to odours, sweating, tremors, altered reflexes, unequal pupil size, heart arrhythmias, and unstable pulse and blood pressure. They showed abnormalities on EEG (electroencephalogram) and ECG (electrocardiogram), and, in the advanced stages, signs of oxygen deprivation to the heart and brain.

Most clinicians reported that about 15% of microwave workers developed symptoms of radio wave sickness and that about 2% had to permanently cease working (Sadchikova 1960, Klimková-Deutschová 1973).

These workers were exposed to microwave radiation only during working hours. And they were exposed to levels of radiation that were less than what the general public is exposed to now for hours per day, or even all the time, from mobile phones and wireless internet technologies.

Because of the large number of publications about radio wave sickness coming out of the Soviet Union and Eastern Europe, a US/USSR scientific exchange on microwave radiation research was begun in the mid-1970s. The US government also hired Dr. Zorach Glaser to catalogue the world scientific literature—journal articles, books, conference proceedings—on the reported biological and health effects of radio frequency and microwave radiation. By the end of the 1970s, Glaser’s bibliography included 5,083 documents (Glaser 1984). 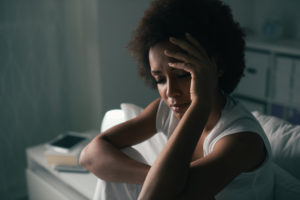 In 1977 Paul Brodeur, in his book, The Zapping of America, warned that proliferating microwave towers and radar facilities were endangering public health. But compared to today, microwave and radio facilities were still very rare indeed at that time. When in 1977 Apple sold its first personal computers, exposure to high levels of electromagnetic radiation spread to the general population, and electromagnetic illnesses ceased to be only occupational diseases. In that year, deaths from asthma in the US, which had been declining steadily for decades, began to rise for the first time. In 1981, representative Al Gore chaired the first of a number of Congressional hearings on the health effects of video display terminals (VDTs). These were held because two editors at The New York Times, young men in their 20s and 30s, had developed cataracts; half of all surveyed UPI and AP employees were complaining of visual problems or headaches; an unusual number of babies with birth defects had been born to employees at The Toronto Star; and clusters of miscarriages were occurring among female VDT operators all over the US and Canada. The newspaper industry had been the earliest industry to be transformed by computer technology. During the 1981 hearings by the House Committee on Science and Technology, Charles A. Perlik, Jr., President of the Newspaper Guild, testified that had his membership known that VDTs were capable of dangerous emissions, “We would not have quietly permitted the transformation of an essentially benign workplace into a hazardous one.”1 In 1985 Canadian author, Bob DeMatteo, published a popular book entitled Terminal Shock: The Health Hazards of Video Display Terminals.

In the mid-1980s Olle Johansson, a neuroscientist at the Karolinska Institute in Stockholm, discovered a new skin disease. Since only people who worked in front of computer screens got it, he named it screen dermatitis. Such patients often also complained of neurological symptoms such as memory loss, fatigue, insomnia, dizziness, nausea, headache and heart palpitations, the same neurological symptoms written about three decades earlier by Soviet doctors. Since Johansson’s specialty was skin diseases, he studied the skin of computer operators. His subjects ranged from those with only redness and itching, to those with severe, disfiguring skin lesions. An organization named Foreningen for Eloch Bildskärmsskadade (FEB) was formed as a support group for Swedes suffering from this “new” disease that they called Electromagnetic Hypersensitivity (EHS), a disease that was not new at all, but was a well-known occupational disease in other parts of the world (in the US).

In the mid-1990s the telecommunications industry embarked on a project that was to result in the exposure of the entire world to microwave radiation on a previously unimagined scale. They planned to place a cell phone and a wireless computer in the hands of every man, woman and child on Earth—and to dot our world with so many broadcast antennae that those phones and computers would work in every home and every office, on every street, in every country, on the highest mountain and in the deepest valley, on every lake, in every national park, wilderness areas and wildlife refuge, without exception. And so during the next decade levels of microwave radiation increased roughly a thousand fold on average, everywhere on Earth.

In recent years researchers have correlated symptoms such as sleep disturbance, fatigue, memory loss, headaches, depression, dizziness and tremors – the same symptoms reported by Soviet doctors half a century ago – with either intensity of cell phone use or proximity of homes to communication towers. Teams of scientists in 14 countries have concluded that the health of as much as three quarters of the population on Earth is affected by wireless technology (Haugsdal 1998, Hocking 1998, Cao 2000, Oftedahl 2000, Chia 2000, Sandström 2001, Santini 2002, Navarro 2003, Santini 2003, Zwamborn 2003, Wilén 2003, Oberfeld 2004, Bortkiewicz 2004, Al-Khlaiwi 2004, Salama 2004, Meo 2005, Preece 2005, Waldmann-Selsam 2005, Szykjowska 2005, Balikci 2005, Balik 2005, Hutter 2006, Abdel-Rassoul 2007). But the term “electromagnetic hypersensitivity” persists because no health authority in any Western country admits that electromagnetic radiation has any effect on the health of any normal person. EHS, therefore, refers to those people who have happened to find out that electromagnetic fields are the cause of their poor health, and who in addition, are affected so seriously that they are disabled. 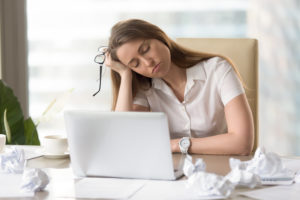 Auditory: Chirping, buzzing, or ringing in the ears; hearing loss.