In 2012 the Bioinitiative Report released a chart that grouped several summaries of studies related to EMF exposure and emission levels. Here’s a simple guide to understanding the chart and how to put it into practice. 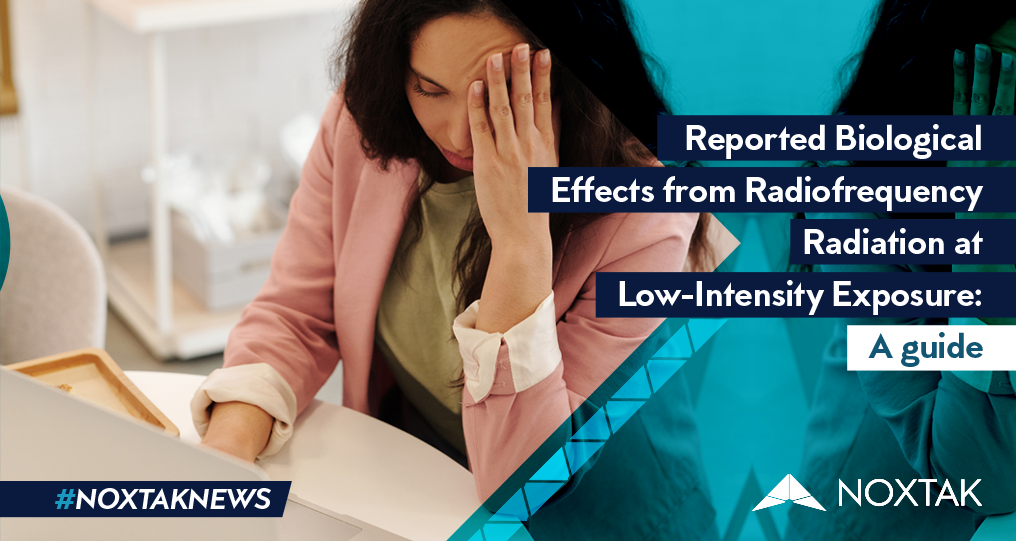 In 2007, a group of interested individuals collated a series of views on the non-ionizing radiation health debate. This was entitled the BioInitiative Report, a web document dated August 31, 2007. This report presents a series of views that argue for a change in public exposure standards, but which are largely inconsistent with the current scientific consensus abroad.

As a part of this report, there’s a chart named “Reported Biological Effects from Radiofrequency Radiation at Low-Intensity Exposure (Cell Tower, Wi-Fi, Wireless Laptop and ‘Smart’ Meter RF Intensities)”, which summarizes many of the data and studies made around the topic. But how can this chart be put to use in real life? First, let’s understand a few points up next.

The BioInitiative 2012 Report was developed by an international group of 29 individuals with expertise on the biological effects of electromagnetic fields, or on the related public health issues. As a group, these experts hold 20 Ph.D. degrees, one DrSc degree, 9 MD degrees, one DVM degree, and four degrees of MSc, MA, MPH, or MSPAS. These experts come from countries such as the USA, India, Sweden, Italy, Austria, Denmark, Canada, Russia, Greece, and the Slovak Republic.

The goal of the BioInitiative Report was to present “a solid scientific and public health policy assessment that is evidence-based.” The report was prepared “independent of governments, existing bodies, and industry professional societies that have clung to old standards.

In the evidence presented in the BioInitiative 2012 updated report based on 1800 or so new studies, were found biological effects such as abnormal gene transcription, genotoxicity, and single-and double-strand DNA damage; stress proteins because of the fractal RF-antenna like nature of DNA; chromatin condensation and loss of DNA repair capacity in human stem cells; reduction in free-radical scavengers – particularly melatonin; neurotoxicity in humans and animals, carcinogenicity in humans; serious impacts on human and animal sperm morphology and function; effects on offspring behavior; and effects on the brain and cranial bone development in the offspring of animals that are exposed to cell phone radiation during pregnancy.

About the Biological Effects Chart

The Biological Effects Chart was produced based on the BioInitiative 2012 Report, a massive new review of the medical research literature on the biological effects of electromagnetic fields. The purpose of the chart is to show the radiofrequency (RF) exposure levels at which biological effects were found in the several studies reviewed.

As we previously mentioned, the data for the Biological Effects Chart were drawn from the RF Color Charts in the BioInitiative 2012 Report, which contains two charts. According to the paper “Biological Effects from RF Radiation at Low-Intensity Exposure, based on the BioInitiative 2012 Report, and the Implications for Smart Meters and Smart Appliances”, written by Ronald M. Powell, these are the data sources used in each chart:

How to use it practically?

According to Prof. Olle Johansson, a large number of effects still need to be explored. The idea is that, based on these indications and observations, specialists can replicate or carry out new studies where new hypotheses are formulated. For example, this chart is very useful for any doctor, researcher in the health field, institutes, laboratories, and governments who wish to carry out their own research and expand or confirm the information already found.

This type of information is especially useful in a scenario like the current one, in which the new generation of 5G telecommunications is being deployed and many people claim that there are not enough studies to verify the possible biological effects of these high frequencies. Keep in mind that 5G mobile phones currently on the market have a SAR measurement that has been tested, measured, and valued by a laboratory and approved by the FCC. In this case, people can go to the table, look for the emission that the phone has, and check the associated effects. This is an easy way to list study-proven biological effects based on radiation absorption measured in watts per tissue.

These values are an excellent reference for journalistic investigations, EMF research, integral medicine, environmental medicine, building assessments, building biologies, and people with knowledge of field intensity measurement. These are some of the activities in which these values can be used to understand what these numbers translate into, which usually may seem very low, but in a real context, can have significant effects on the human body.

Look at the chart