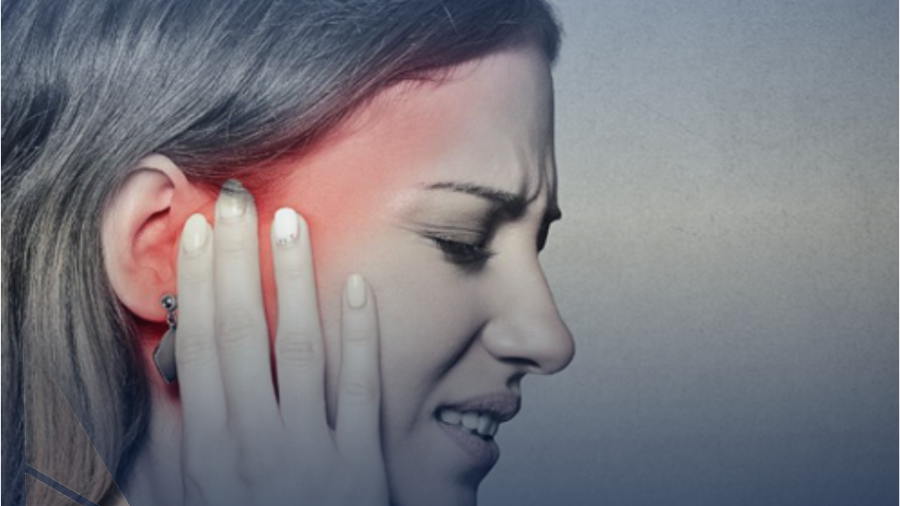 Increase in Tinnitus cases: could it be related to EMF?

Exposure to electromagnetic pollution has proven biological effects, one of them increasingly common is that particular ringing in the ears. We tell you more about this condition and its relationship with electrosmog.

Every day you use your cell phone, your computer, the microwave oven, the TV, the refrigerator and a whole bunch of electronic devices that, in today’s world, are practically indispensable. But, did you know that the emissions from all these devices have effects on the environment and on your body? There are a large number of identified symptoms for EHS (Electrohypersensitivity), and Tinnitus is one of the most common.

Tinnitus is a condition that, first of all, specialists say is associated with advanced age, oxidative stress, and can be caused by various factors and not exactly complicated. However, its prevalence and severe cases have increased in the last two decades, and the fact is that EMF researchers have observed a relationship with the progressive and global increase in the use of mobile phones, which has exposed the auditory pathways to a higher dose of electromagnetic radiation.

In this article, we want to tell you more about this hearing condition that is becoming more and more common in the world population and how it is related to the increase in electromagnetic pollution.

Tinnitus is often described as ringing in the ears. It may also sound like a roaring, clicking, or whistling sound in the ears. This can be soft or loud, high or low, and you can hear it in one or both ears.

It is important to note that tinnitus itself is not a disease, but rather a symptom that something is wrong with the auditory system. The auditory system includes the ear, the auditory nerve that connects the inner ear to the brain, and the parts of the brain that process sound. Tinnitus can result from something as simple as a piece of earwax blocking the ear canal, but it can also be the result of a variety of health problems. People with severe tinnitus may have trouble hearing, working, or even sleeping.

Millions of americans suffer from tinnitus. In 2019, approximately 10 percent of the adult population in the United States experienced tinnitus lasting at least 5 minutes. This equates to about 25 million people.

The relation between electrosmog and Tinnitus

It is well known that electromagnetic radiation can penetrate exposed tissues, which is why safe exposure levels have been established for the use of devices such as cell phones. These waves cause proven thermogenic effects and potential biological effects. As we have mentioned in previous articles, some people are more sensitive to electromagnetic exposure (electrohypersensitivity) and therefore have earlier and more pronounced symptoms.

Recent research links electrohypersensitivity to many of the cases of tinnitus that are reported with no apparent cause. A large majority of subjects diagnosed with hypersensitivity have reported that they suffer from tinnitus and that this condition interrupts their day-to-day activities such as sleep and work.

In various clinical studies, many patients have also spontaneously reported hearing symptoms during or shortly after using cell phones, such as heat or pressure in the ear that is in contact with the device, as well as tinnitus, reduced comprehension, or distortion in hearing rate. There is even a small group of patients who report the onset or worsening of tinnitus associated with living or working near cell phone, radio and television antennas.

Over almost two decades, hundreds of studies have been conducted to verify the relationship between electrosmog and this hearing condition. For example, in the Brazilian Journal of Otorhinolaryngology they selected 165 relevant studies on this subject and determined that, based on said research, there is reasonable evidence that suggests greater caution in the use of mobile phones if you want to prevent hearing damage and the appearance or worsening of tinnitus.

A study published in 2009 that tinnitus is significantly more common in people who suffer from electrohypersensitivity. On the other hand, in a Swedish-Finnish study published in the International Journal of Epidemiology, it was found that there is a small increase in headache in people who spent a greater amount of time on the call; but they were unable to determine an association with the appearance of tinnitus or hearing loss.

Although not fully confirmed, there is sufficient evidence to link tinnitus with exposure to electrosmog. This is why many of the authors of these studies consider it appropriate to pay more attention to the use of cell phones in the diagnostic investigation of patients with hearing disorders, especially tinnitus.

Although there’s a lot to be studied and understood about this problem, today, at the NOXTAK center, our research team is concerned about a possible relationship between this affection of the ear canal and EMF. That is why our CEO Joaquín Machado has opened a pilot research project that will begin in early 2021 to coordinate with specialists in Tinnitus in order to study the EMF exposure levels that patients with severe tinnitus have, especially to identify and confirm the windows of active biological frequencies in the ear canal, as well as coordinating with Noxtak technology the most suitable solution and the SPIRO power necessary to determine the most effective approach to mitigate tinnitus and make new medical treatments based on raising the Glutation levels.

We invite you to visit our products section to learn more about our solutions and, if you want to receive more information of interest like this, subscribe to our newsletter using the form at the bottom of this page. Soon, we will be publishing more information on this and other topics.