Rose founded IGEF and has written several books that are referenced in environmental health and EMF control. 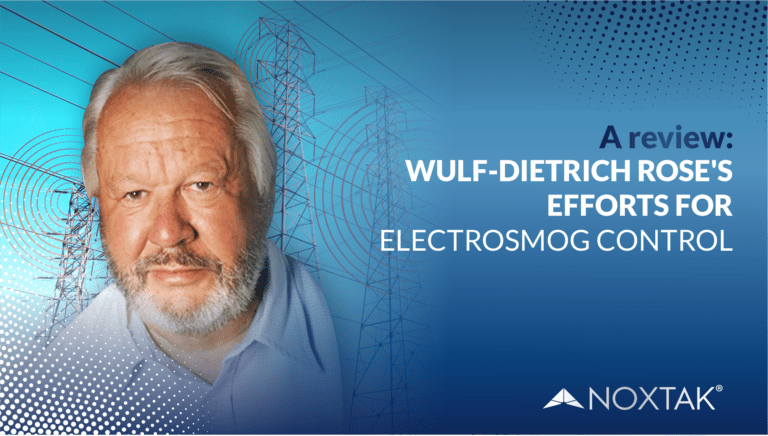 Wulf-Dietrich Rose is a German researcher, author, and entrepreneur in the field of building biology.  He was born on December 10 of 1940 in Memel, East Prussia; now Klaipėda, Lithuania.

In his early years, Rose studied economics with a degree in business administration. Still, after working for a consulting company, he founded the Institut for Baubiologie Rosenheim together with Anton Schneider in 1978. In the function of Executive Director, he was the initiator and founding member of partner institutes abroad and organizations for protection against residential toxins and electrosmog.

In 1990, Rose then founded the International Society for Electrosmog Research (IGEF), registered in Ireland. He has been the Chief Executive Officer of this institution ever since and, in this organization, he has been studying this problem from a multidisciplinary optic along with many other experts.

Wulf-Dietrich Rose has lived on the Canary Island of Tenerife since 2005.

The first steps into cleaner and healthier environments

All of IBR’s activities in the present time focus on awarding the IBR Seal of Approval, a certification established in 1982 with the mission of protecting consumers against health hazards caused by the environment we live in.

The International Society for Electrosmog Research IGEF Ltd. was founded by Rose in 1990 as an international association of scientists, doctors, engineers, technicians, and experts dedicated to investigating the effects of electrosmog (EMF Pollution) on people, animals, nature, and the environment. This organization does not depend on any economic, political, religious, or other interest groups.

Rose introduced the idea that the ALARA (as low as reasonably achievable) principle, which is commonly and provenly applied to radiological protection (ionizing radiation), could also be used to control exposure to non-ionizing radiation (electrosmog).  Based on this ideal, the IGEF and its partners are now committed to the application of the ALARA principle applied to electrosmog.

Nowadays, the International Electrosmog IGEF Research Society and IGEF partners help consumers make decisions by examining products, systems, buildings, etc. concerning their protective properties against electrosmog. To certify products, the protective properties of the product must be demonstrated in a certification procedure specified by the Scientific Advisory Board of the IGEF. The test results are documented in an expert opinion.

Rose has written several non-fiction books since he started his trajectory in building biology and electrosmog. Recognizing and avoiding toxins in the home, and Recognizing and avoiding cancer toxins and electrosmog–electrostress caused several corporations and industrial associations to sue for damages due to business damage, so they launched press campaigns against him following the publication of said books.

After successfully surviving this process, which lasted several years, in April 2001, the Supreme Court of the Republic of Austria ruled in the last instance that Rose could continue to claim that mobile phone radiation damages the genetic material and causes cancer. The court found that the experts from the Austrian Telekom subsidiary T-Mobile Austria could not present any evidence of the contrary. This was the last damages lawsuit to date based on business-damaging allegations against Rose.

In 2018, he published a book entitled “Microwaves kill quietly”. In this book, he reports on the status of worldwide research on the dangers of the increasing use of microwave technology in private and professional environments. In 2019 his new books “Sick from electrosmog” and “5G – Digital power in the wrong hands” were published.

During 2013 and 2014, IGEF started performing independent studies to test the nano-composed formulations NOXTAK developed for EMF protection, which continued in 2015 and 2016 with stronger SPIRO formulations. These studies aimed to determine the effectiveness of the SPIRO technology (NOXTAK’s nano-composed EMF filtering material) as a protection measure against electromagnetic fields from anthropogenic sources.

The results of the biophysical investigation by the IGEF confirmed that the use of the SPIRO technology with health-endangering disturbances caused by high-frequency electromagnetic radiation leads to a verifiable improvement in the heart rate variability, and its positive effect increases with the duration of use. Thus it is an effective protection measure against high-frequency electromagnetic radiation and its biological effects.

These studies were a huge starting point for NOXTAK, as our technologies were first certified, and they also marked the beginning of an important scientific alliance between both organizations.

On the occasion of the formal launch of NOXTAK’s branch dedicated to research, education, and scientific cooperation in large-scale Electrosmog studies (the NOXTAK Center), in 2020, Mr. Rose invited Inv. J. Joaquín Machado —our co-founder, EMF Researcher, and the inventor behind the SPIRO material— to become part of the IGEF’s scientific council.

Since J. Joaquín Machado’s incorporation into the IGEF’s scientific council, NOXTAK’s technology stopped being a study subject for this organization, an action taken by the council to avoid any conflict of interest. Now, our company has become an ally that promotes new standards for evaluating electrosmog risks in modern technologies.